Fringe midfielder Xavier O’Neill remains without a contract for next season as West Coast continued their re-signing spree by finalising a two-year extension with defender Luke Foley.

Foley, 22, has been a slow burn for the Eagles since they took him with pick 31 in the 2018 national draft but showed enough this season to indicate he could be part of the future.

He kicked his first goal in West Coast’s spirited road win over Carlton in round 12 and caught the eye with a strong performance in the thrilling win over Richmond at home the following week.

Foley played six games in 2021, including the final two of the season, to take his career tally to seven.

“It was just nice to be able to come in from the WAFL and play a role and fit in, and not be too fazed by the occasion,” Foley told the club website.

“I just wanted to take the opportunity while it was there. I thought they were my two better games for the season.

“It was nice to be able to get those on the board and contribute to the team. Hopefully I can build on that in years to come. 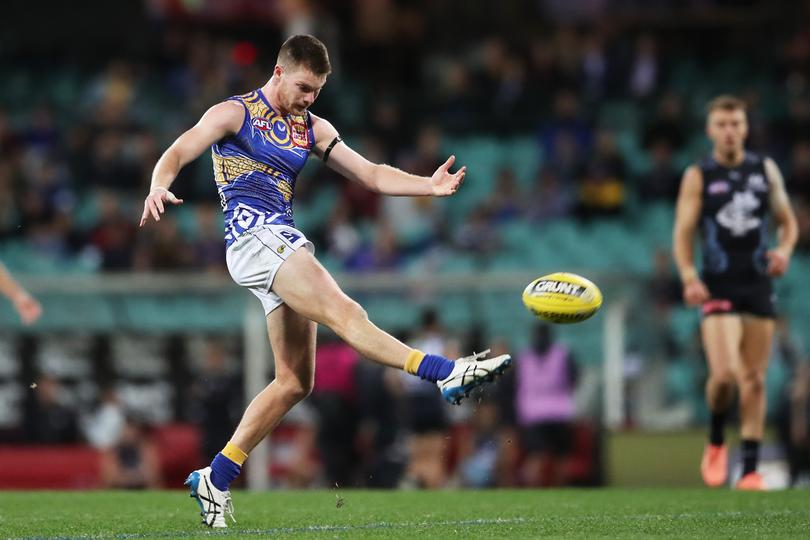 “Pushing for that regular spot in the team (is the goal), so that’s what I’ll be striving towards this pre-season and going into next year.”

“It was pleasing to see Luke continue his development again this year after having a taste of the AFL at the end of last season, and he is growing into a half-back role,” O’Brien said.

O’Neill, selected with the Eagles’ first pick at 28 in the 2018 national draft, played eight games this season for a career tally of 13 and is yet to have 20 disposals in a match.