Vice President Kamala Harris again disregarded a concern Friday about the arrival of migrants near her Washington, D.C., home.

Texas Gov. Greg Abbott sent two buses carrying 101 migrants that arrived Thursday early morning exterior the Naval Observatory. The group bundled migrants from Venezuela, Uruguay, Colombia and Mexico. A number of migrants, requested by Fox Information Electronic, said they believe the border is open up, contrary to what Harris mentioned Sunday in the course of an interview.

Harris, showing up with South African President Cyril Ramaphosa Friday, dismissed a reporter’s shouted issue on her reaction to the buses.

“What was your response to the buses arriving yesterday?” a pool reporter requested the vice president as she thanked the press with the South African president. 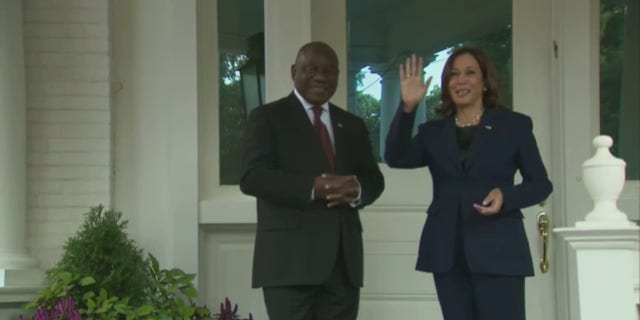 Appearing with South African President Cyril Ramaphosa Friday, Vice President Kamala Harris all over again ignored a issue on 101 migrants who arrived outside the house her home at the Naval Observatory in Washington.
(Pool Video clip)

Harris and Ramaphosa turned and went within with out having queries.

The migrants have been taken to a nearby church by non-governmental groups Thursday. 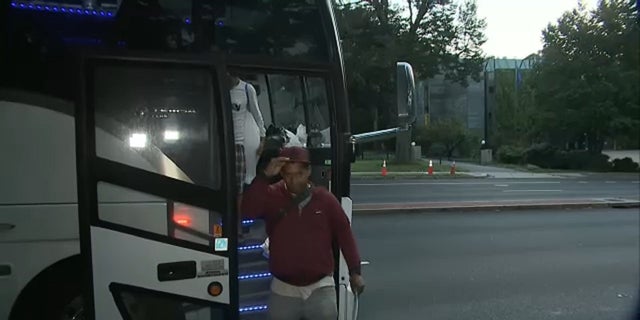 This most up-to-date convoy of buses arrived just hours right after Florida Gov. Ron DeSantis adopted by on his related assure to drop off illegal immigrants in progressive states, sending two planes whole of migrants to Martha’s Winery on Wednesday.

Harris in the same way refused to comment on the two migrant buses Thursday after delivering remarks in the White Property.

Harris spoke Thursday early morning at the United We Stand Summit hosted in the White Residence. As the vice president walked out of the East Home pursuing her remarks, a White Property pool reporter asked her for remark on the modern arrival of migrants near her D.C. residence.

Harris seemed at the reporter and ongoing strolling with no answering.

Timothy Nerozzi is a writer for Fox News Electronic. You can adhere to him on Twitter @timothynerozzi and can electronic mail him at timothy.nerozzi@fox.com