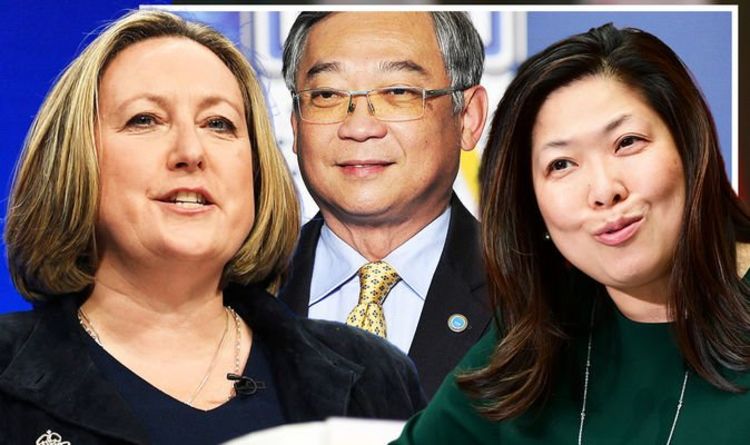 Britain applied in February to be part of the Comprehensive and Progressive Agreement for Trans-Pacific Partnership (CPTPP), a trade bloc that includes Singapore among its 11 members. Ministers have now moved a step closer after Ottawa expressed a desire for the UK to join the partnership, the Daily Express has learnt.

Ahead of the membership, the Department for International Trade is preparing for trade negotiations with Canada to carve out an enhanced post-Brexit agreement.

Officials are close to agreeing on a UK mandate for the negotiations between both countries in a deal that will boost the UK economy by billions, with trade between the two nations worth £22.4billion in 2019.

International Trade Secretary Anne-Marie Trevelyan held talks with Canadian counterpart Mary Ng during a summit with her G20 counterparts in Sorrento on Tuesday and Wednesday.

Ms Trevelyan also held a constructive meeting with the Singapore minister for trade and industry, Gan Kim Yong, the upcoming chair of CPTPP.

A spokesperson for Ms Ng said she “looked forward to launching negotiations for a comprehensive free trade agreement” with the UK.

The representative for the Canadian trade minister on Wednesday night also said that “an agreement tailored to specific bilateral interests and trade priorities could further deepen the Canada-UK relationship.”

They said she “welcomed the United Kingdom’s application to join the CPTPP” making clear the importance of expanding the CPTPP’s membership to include economies “able and willing to meet its high standard of commitment and ambitious market access outcomes.”

As well as Singapore, the £9trillion bloc has Australia, Canada and Japan among its members as well as Brunei, Chile, Malaysia, Mexico, New Zealand, Peru and Vietnam.

A recent UK Government analysis revealed that joining the CPTPP in its current format could add less than 0.1 percent of pre-pandemic gross domestic product over the long term.

But ministers say the deal locks in market access and is an important way to gain influence in a region increasingly dominated by China.

Ms Trevelyan also admitted there had been no timetable yet for talks with the US for an agreement.

A US trade deal is also is seen as a major prize of leaving the European Union for the UK Government but is the first major challenge for the new International Trade Secretary.

Ms Trevelyan added on Wednesday night: “We haven’t got a date in the diary.

“What we have got is a continuing dialogue on the opportunity to look sector by sector on those key areas that we know will fall into that full, comprehensive deal in full course.”