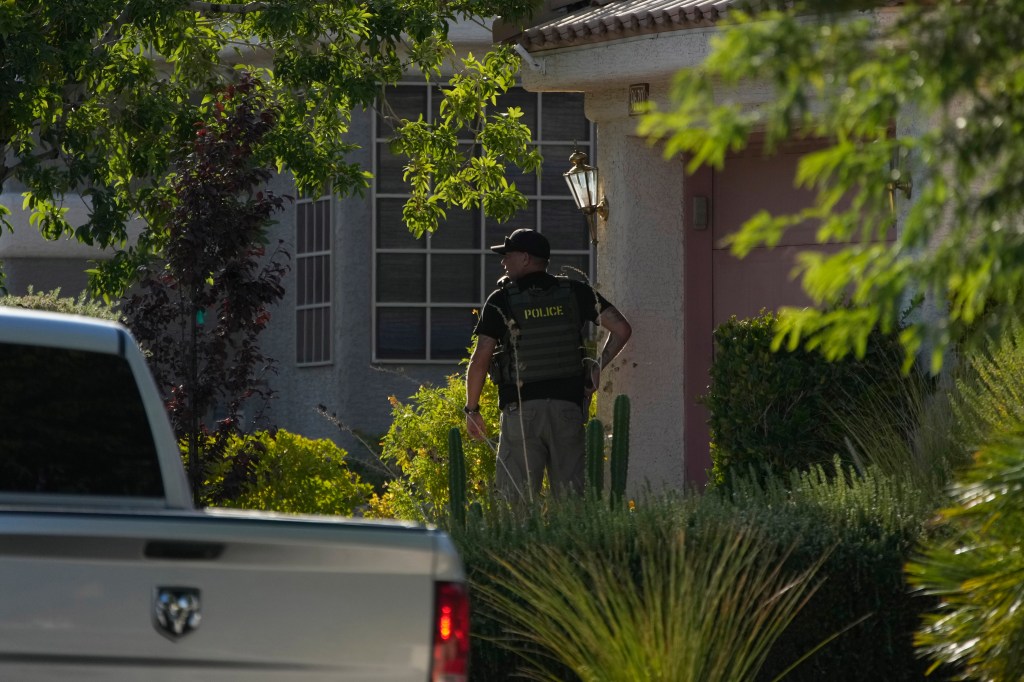 A top Las Vegas-area public official was arrested tonight in connection with the fatal stabbing of a well-known investigative journalist on Friday night, according to multiple news reports.

Clark County Public Administrator Robert “Rob” Telles was taken into custody at his home this evening by a SWAT team as part of the investigation into the killing of Las Vegas Review-Journal reporter Jeff German. The arrest came after police spent hours searching Telles’ home, where they confiscated a vehicle that resembled the SUV tied to the stabbing suspect: a red or maroon GMC Yukon Denali.

Telles himself was observed this afternoon at his home. He was later taken into custody after a standoff with police with what ABC News described as “non-life-threatening self-inflicted stab wounds.”

Robert Telles just arrived at his house. Reporters asked him if he had any comment. I asked why police towed his vehicle. He had no comment. Story: https://t.co/3CSa7B4XeS pic.twitter.com/tgQ7JuI9BX

Earlier this year, German reported on strife in the Public Administrator’s office that included “complaints of administrative bullying, favoritism and Telles’ “inappropriate relationship” with a subordinate staffer,” according to AP. That reporting was reportedly in part responsible for Telles’ primary election defeat in June.

The Public Administrator’s office deals with the property of people who die without a will or family contacts.

German, 69, had continued to report on the matter and filed public record records requests for emails and text messages between Telles and Assistant Public Administrator Rita Reid, estate coordinator Roberta Lee-Kennett and consultant Michael Murphy. Lee-Kennett had been previously identified as the subordinate allegedly to have engaged in an affair with Telles.

German was found on Saturday morning outside his area home. Police surmised he was stabbed in an altercation the previous day. The coroner determined German died of “multiple sharp force injuries” and the case was ruled a homicide.