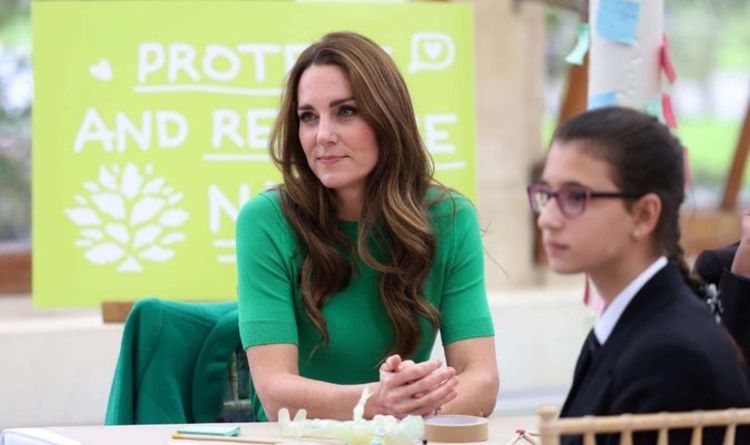 Daniela Elser has explained how Kate and the other members of the Firm are required to put on a “seamless, perfect performance” on every outing. In a new column for news.com.au, Ms Elser analysed how Kate’s interaction with Rami Malek on the red carpet earlier this month sums up how any working member of the royal family has to be on high alert at all times.

“For better or worse [royalty] is about slipping into one-shouldered Alexander McQueen confection, as Kate did, and, no matter the sleep deprivation of having a baby, getting out there giving good duchess,” the royal expert writes.

“You cannot yawn on the job, look bored or lose your focus for a second because every blink, syllable and twitch is being photographed and videos by the press and the smartphone-toting public.

“It requires a seamless, perfect performance every. Damn. Time.”

When actor Rami Malek made a reference to his encounter with the Duchess of Cambridge in 2019, he revealed she was “taken aback” by his question before changing the subject.

“I just looked at Princess Kate at one point and I said, ‘This must be exhausting,’ and she said, ‘Why?’ And I said, ‘You just had a baby, right?’” recalled Malek during an interview with Jimmy Kimmel.

“She was taken aback, and she said, ‘How are you doing?’ And I said, ‘How are you?’ And in the most regal, elegant way she gave me a look, but you can tell. Imagine dressed to the nines, having to talk to all these actors.

“They’re so careful, but it was so cool because I think I caught her off-guard for a second and had that look of, in the most elegant, professional, royal way, ‘Yes, it’s a lot having a kid’.”

Ms Elser also references other royal figures who had issues with adapting to the royal protocol having had no training whatsoever.

“That is long briefings and interminable stretches of making small talk and shaking hands in the outer reaches of Wales.