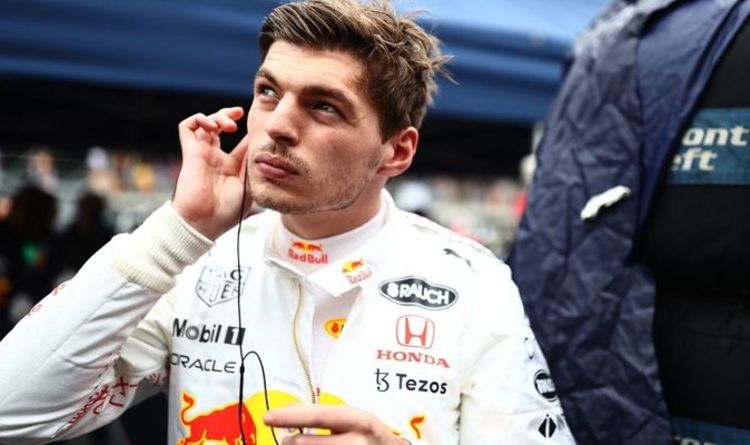 Former Formula One driver Mark Webber has raised concerns for Max Verstappen after the Red Bull driver was outpaced by Mercedes’ Valtteri Bottas and Lewis Hamilton during the Turkish Grand Prix weekend. Hamilton beat the Dutchman to pole position at Istanbul, with Bottas second fastest on Saturday, with the Red Bull third.

Verstappen however lucked out as Hamilton was hit with a 10-second time penalty and started from 11th, with the 24-year-old being promoted to second on the grid.

Despite fighting back, Hamilton had to settle for fifth place after ignoring his team’s order to pit for fresh intermediate tyres, but with an impressive launch off the line, his team-mate Bottas picked up a commanding win for the British-based German outfit.

Verstappen finished almost 15 seconds behind the Mercedes, yet was able to retake the lead of the championship by six points with just six races remaining in the 2021 F1 season.

Webber raced for Red Bull until 2013, the last time the Milton Keynes-based team won a championship with Sebastian Vettel, before retiring from Formula One.

Speaking to the F1 Nation podcast, he said: “I think that my little concerns off the back of [the race in Turkey] are: are Red Bull giving Max the car for closing this championship out?

JUST IN:
Lewis Hamilton and Max Verstappen’s team-mates under pressure

“Because I think that I would have lost a lot of money for Valtteri to have the measure of Max in those conditions. I thought Verstappen would run rings around him all day long, but he couldn’t react to the speed of Valtteri.

“It was interesting. I think in terms of performance [in both the] dry and wet, Red Bull know they need to react to the Mercedes’ pace now, with these new engines that Mercedes have put in the back of the car, or some aero, or whatever’s going on.

“Max is really hanging in there. OK, he had a shunt in Monza, but I think [in] Russia he drove brilliantly, obviously, and that’s all he could get out of the car in Turkey as well.”

Boss Christian Horner claimed Mercedes have made “phenomenal” gains with their power unit recently, admitting Red Bull, alongside some other teams, have “raised questions” to the FIA.

“We ask some questions which all teams do. It wasn’t just Red Bull, by the way, it was other manufacturers raising questions as well and they continue to be raised,” Horner said.

“We’re happy with the performance we had this weekend. I think the engineering team and the recovery we had, we were out of sync on Friday, the work that we did on Friday night with Sebastian Buemi in the simulator and the set-up we used on Saturday, it worked well today.

“I mean, if you look at the straight-line speed of particularly Lewis [in the race], it was like 15 to 20 [km/h] up after the kink on the straight. It’s phenomenal.

“We’ve got to find a bit of straight-line speed – maybe they were running a different downforce configuration, but some speed to find.

But with just six races remaining in the fight for the title, Webber added: “I think right now you would have to think that the Merc has the advantage.

“I just think that the tracks we have just been to…don’t forget that Valtteri stormed to pole in Monza but had the penalty so he could have done what he did in Turkey as well and disappeared at that race without the penalty.

“So I think they are just starting to get a bit more of a spring in their step at this crucial point in the championship. I just think that the tracks we have just been to…don’t forget that Valtteri stormed to pole in Monza but had the penalty so he could have done what he did in Turkey as well and disappeared at that race without the penalty.

“So I think they are just starting to get a bit more of a spring in their step at this crucial point in the championship.”