Queensland’s parliament has beaten Prime Minister Scott Morrison to the punch in formalising a key climate goal, with state MPs goading the nation’s leader over an apparent inability to commit to an improved emissions target.

The Sunshine State’s Labor MPs on Tuesday passed a motion supporting their existing climate ambitions – reducing carbon emissions to net zero by 2050 – and were keen to point out that the Prime Minister had not yet been able to do so himself.

Mr Morrison has come under increasing pressure on climate issues ahead of next month’s international COP26 summit in Glasgow, for which his attendance has been uncertain.

Prince Charles overnight joined a growing number of voices calling for Mr Morrison to attend and commit to a stronger emissions reduction target, but the Prime Minister appears bound on climate action by certain government MPs. 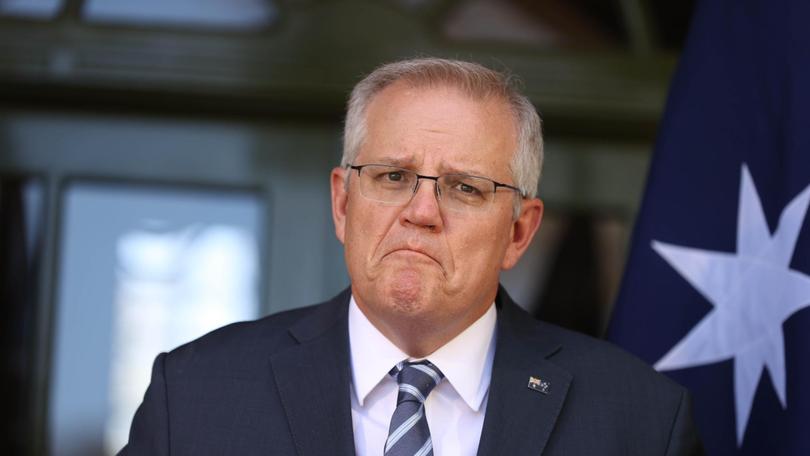 Queensland Environment Minister Meaghan Scanlon on Tuesday said Mr Morrison appeared powerless to keep in check “anti-climate propaganda” being issued by members of his own party and noted Australia was behind the likes of US, Canada, France, South Africa, and New Zealand in issuing an emissions target.

“We need national leadership on net zero emissions, but yet we get zero leadership and zero action from Scott Morrison and the LNP,” Ms Scanlon said.

“No wonder he doesn’t want to go to Glasgow next month. It’s embarrassing … but what can you expect from a guy who said that electric vehicles would somehow end the weekend.”

In response, Queensland opposition MPs criticised the government’s “tokenism” and its lack of short-term targets and accused it of doing the hard yards for federal party leader Anthony Albanese. The Queensland Greens also voted against Premier Annastacia Palaszczuk’s motion, though that was because they felt a 2050 target was not enough.

Emissions and green energy have already made plenty of headlines in Queensland this week after two major hydrogen announcements in two days.

Iron ore magnate turned green energy philanthropist Andrew “Twiggy” Forrest was in town for a couple of days to announce the world’s biggest hydrogen electrolyser plant would be built in Gladstone.

He was also on hand with Queensland Labor to announce a partnership between his Fortescue Future Industries (FFI) and ASX-listed fertiliser firm Incitec Pivot to prove it is technically and economically feasible to accelerate decarbonisation while protecting jobs.