The New York Mets deserved the benefit of the doubt when critics said they “choked” their 10.5-game NL East lead – from June 1 to Sept. 2, the Mets went an astounding 53-31… but the Atlanta Braves went an elite 60-24.

However, since Sept. 3, the Mets have lost seven of their 11 games, and those losses have come to the Washington Nationals, Pittsburgh Pirates, Miami Marlins, and Chicago Cubs – who just swept the Mets on Wednesday night after a 6-3 win.

The Mets have the easiest schedule remaining throughout baseball but have done the total opposite of take advantage – all pity is now gone with this latest stretch.

The Braves have not been amazing since then, going 6-4 in that span, but now they only trail the NL East by half a game (and led by that number on Sept. 9). 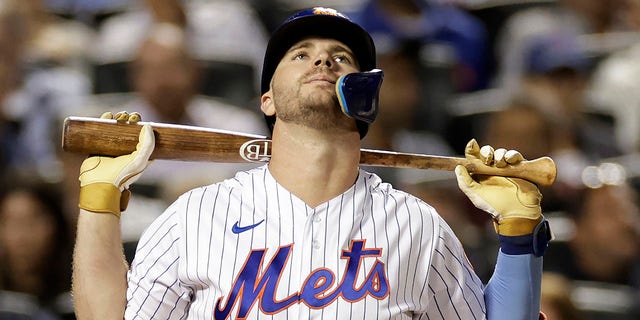 New York Mets’ Pete Alonso reacts to striking out during the fourth inning of the team’s baseball game against the Chicago Cubs on Wednesday, Sept. 14, 2022, in New York.
(AP Photo/Adam Hunger)

David Peterson was given the ball on Wednesday to salvage a sweep – he allowed five runs and only recorded one out.

JERRY SEINFELD RIPS METS AMID TEAM’S SKID DOWN THE STRETCH: ‘I BLAME THAT STUPID TRUMPET PERFORMANCE’

The Mets clearly miss Starling Marte, who is out with a fractured finger – he was hitting .292 with an .812 OPS at the top of the lineup before his injury, but he is expected back soon.

However, the Mets had their chance to pull away in the division and didn’t address team needs at the trade deadline. 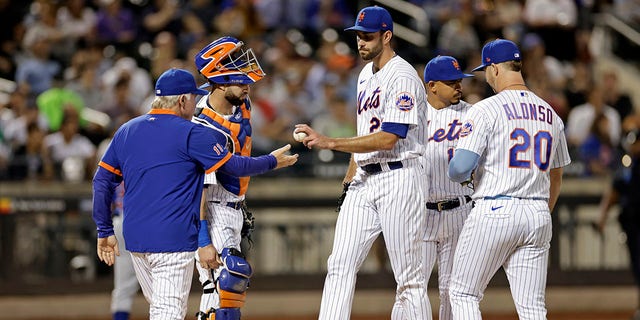 The Mets neglected to get bullpen help, and it’s proven to be costly. Entering Wednesday night, their relievers had a 4.89 ERA, the ninth-worst in baseball.

Their acquisitions at the deadline have struggled of late, too. Darin Ruf is two for his last 35, while Daniel Vogelbach is five for his last 42. Their bullpen help that they did get – Mychal Givens – has pitched to a 5.03 ERA since joining the Mets.

“It’s there for us. It’s all there for us. We control it,” manager Buck Showalter said. “That would be frustrating if we didn’t. It’s the old thing that we’ve been talking about all year. It’s called, ‘Play better.'” 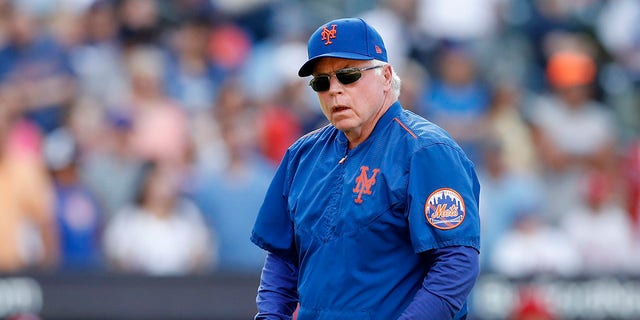 Manager Buck Showalter of the New York Mets in action against the Philadelphia Phillies at Citi Field on August 14, 2022, in New York City. The Mets defeated the Phillies 6-0.
(Jim McIsaac/Getty Images)

This isn’t the 2007 collapse where they blew a seven-game lead with 17 to play – they lead a postseason spot by 12 games in the loss column with 18 to go.