Matthew Dellavedova will be the only Olympic bronze-medal winning Boomer to suit up in the World Cup qualifiers against China and Japan this month, with Australia’s NBA stars skipping the series.

Despite being in their off-season, players including inspirational captain Patty Mills have deferred duties to Dellavedova and fellow former NBA player Thon Maker for the six matches that begin on June 30 as the Boomers return to the court for the first time since their history-making performance in Tokyo.

Dellavedova and Maker also played together at the Milwaukee Bucks in 2016/17.

“I‘m excited to be able to pull on the green and gold on home soil for three home games in Melbourne,” said Dellavedova, who has been working out in the US during the NBL off-season after Melbourne United’s season was ended in the semi-finals.

“The games are going to be tough and competitive, can’t wait to get started.” 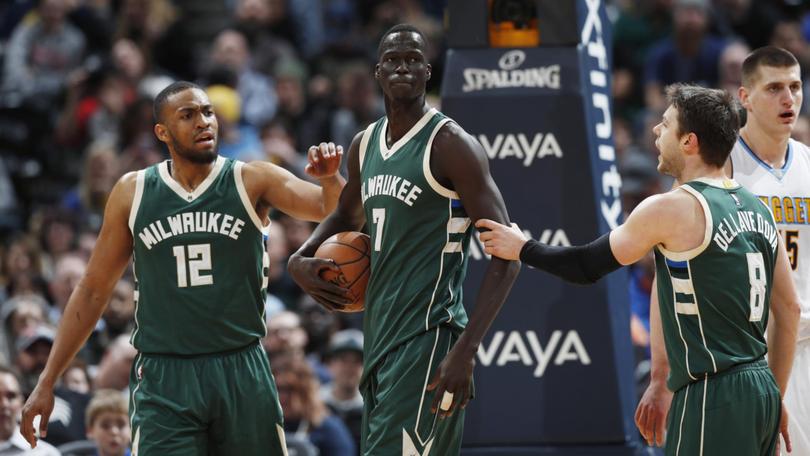 His United teammate Jack White has earnt his first call-up to the Boomers squad, having previously played for Australia at the under-17 and under-19 World Cups.

“It’s always been a dream of mine to represent the Boomers ever since I started taking basketball seriously,” White said.

“I’ve been fortunate enough to represent Australia three times at junior and university events. There is nothing that comes close to the feeling of wearing the green and gold and playing for your country.

“I’m so excited for the opportunity to represent the Boomers at this event, especially on home soil in front of Australian fans, friends and family and I know it will be a special moment I’ll never forget.”

Boomers Coach Brian Goorjian said Maker’s presence would help give his side the best opportunity to secure a spot in the upcoming World Cup.

“I’m really excited by the depth of basketball talent in Australia. We have put together a competitive list of players, six who are playing as Boomers for the first time. We know what China and Japan will bring to the table and what it will take for the win,” Goorjian said.

“We can expect Thon Maker at 7 foot to be a significant asset for us. Alongside Delly, White and (Sam) Froling, there is a lot to like with this group.

“We only have a short time to train together, but we will make it count, I know the home crowd will give us the advantage.”