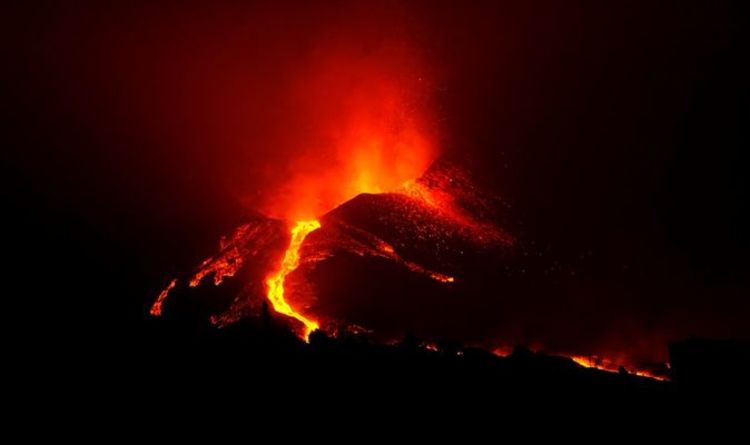 Three weeks after the La Palma volcano first erupted there is no sign of it stopping. Around 21 tremors were recorded on Sunday, the largest measuring 3.8, shaking the ground in Mazo, Fuencaliente and El Paso.

One lava flow is moving at 700 metres per hour with a temperature of 1,240C and was one kilometre from the shore.

The regional minister for security on the Canary Islands, Julio Perez, said they cannot expect the volcanic eruption to end anytime soon.

Lava has now destroyed 1,186 buildings and around 6000 people have been evacuated from their homes.