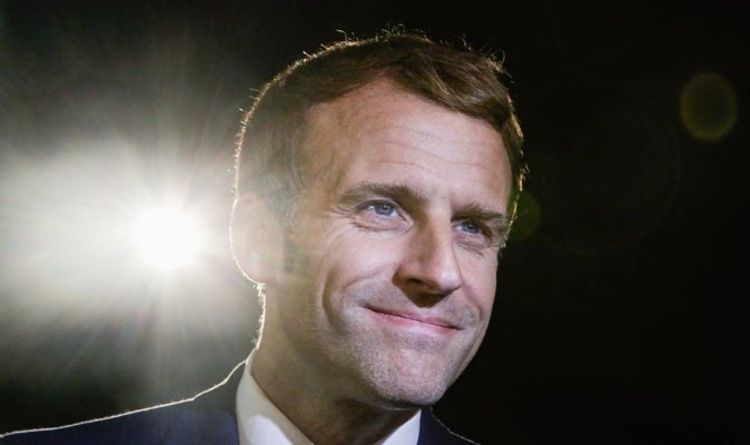 Director of Bruges Group, Robert Oulds, spoke to Express.co.uk about Emmanuel Macron‘s stint in office and debated whether he could win another term come the 2022 presidential election. But Mr Oulds explained Mr Macron was a globalist who looked at the wider world before he looked at his voters which would come round and bite him. The think tank boss added France was essentially becoming Mr Macron’s “laboratory” where he practised and implemented his globalist agenda to the detriment of voters.

Speaking to Express.co.uk, Mr Oulds was asked whether Mr Macron would have much influence if he leaves office and would continue to cause the UK grief.

He said: “Macron’s influence will be very limited when he leaves office, he is the creature of an establishment, a globalist system, which is using France as its laboratory to test its ideas.

“And to stop any change and to stop the reassertion of national sovereignty which the French would like to do.

“These are the people who only just voted for the Maastricht Treaty.”

Mr Ould added Mr Macron did not want to give French voters a referendum on leaving the European Union as he feared they would choose to leave.

Earlier this year, former EU negotiator Michel Barnier said anger is boiling up across his country over red tape and unchecked immigration.

Mr Barnier said: “Let’s ask ourselves why 52 percent of citizens voted against Brussels.

“There are reasons we can find — not just in the UK but here in France — citizens who want to leave the EU.”

Despite not a single major party campaigning for France to leave the bloc in recent years, French politicians do seem to believe it is an actual possibility.

Mr Macron has been a big supporter of the European Union with political pundits agreeing the French president is furious at the UK for leaving the bloc, not necessarily just angry with the country generally.

Speaking to Express.co.uk Bruges Group contributor Dr Niall McCrae believed Mr Macron would continue to be involved in politics if he leaves office in 2022 and would follow in the footsteps of Tony Blair or Gordon Brown.

He explained: “Macron is certainly, he’s a globalist and he has this background in global finance.

“But let’s not pretend that Macron is that unique, because he is a sort of French flavour of the same sort of character we’ve heard leading Britain in the not too distant past, the figure of Tony Blair.

“And of course Blair is still very much around prancing around on the world stage and Blair and Macron are very similar in many ways, they are globalists who have a sort of master plan.

“They don’t really care that much what the common people think, look at the way Tony Blair and his Labour Party ditched any interest in what’s more recently known as red walls seats for Northern England and Wales and Scotland.

“Those areas were lost from Labour because Tony Blair was a globalist and he promised so much but he was more interested in sort of the elite and his sort of progressive agenda than he was with ordinary people’s lives.”