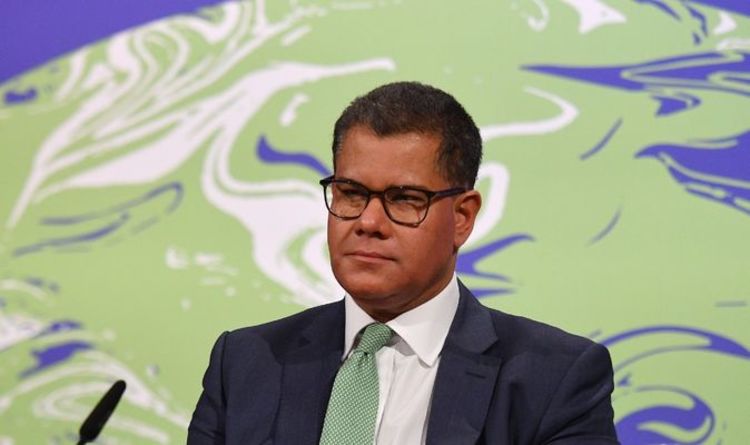 The climate change event, which begins this Saturday, is billed as an attempt to “keep 1.5 alive” – the target of limiting global warming to 1.5 degrees Celsius. But Oliver Geden, an expert in the political economy of climate change at the German Institute for International and Security Affairs, told POLITICO: “It’s currently not plausible that this will happen because you don’t even have the early signs that the big players want to do that.”

He said that it is unlikely that countries gathering in Scotland will agree to bear the economic and political cost of a radical emissions cut that would be needed to hit the target.

While representatives from nearly 200 countries will be in attendance at the talks, notably, China’s Xi Jinping and Russia’s Vladimir Putin have both confirmed their absence from the events.

According to POLITICO, some countries are also starting to move the goalposts, with top government advisers in Europe apparently privately preparing to explain to the public why 1.6 or 1.7 degrees might not mean total failure.

This may be a particularly damaging outcome for COP26, as – according to one British diplomat who spoke to POLITICO – “COPs are really about confidence building”.

An abandoned target has the potential to undermine this confidence.

But Farhana Yamin, a British lawyer who has attended almost all U.N. climate talks and negotiated on behalf of the most vulnerable countries, disagreed with the idea that 1.5 will slip away entirely.

The notion that vulnerable countries “are going to give up arguing for what is a safer threshold is surreal”, she said.

“We will relentlessly carry on fighting to make that a reality.”

They criticised what they saw as an attempt to “shift the goalposts” of the Paris Agreement.

Rajani Ranjan Rashmi, India’s former lead climate negotiator said: “If the rich want to chase a mirage they should cut their own emissions faster than they currently plan.

“We have already hit the 1.5-degree ceiling in any case. Whether we will it or not.”

Meanwhile, James Hansen, the former NASA scientist whose evidence to Congress in 1988 was considered a landmark in the public awareness that greenhouse gas emissions were dangerously heating up the Earth, said the slow pace of change and the greenhouse gases already in the atmosphere make stopping warming at 1.5℃ “unachievable.”

Tensions between the participating countries have also been exacerbated by disagreements over who is to blame for the climate crisis.

The West has pointed to developing countries, such as China, India and Indonesia, for not doing enough to cut emissions.

Meanwhile, those big emitters and poorer developing countries blame rich countries for not doing enough on their own emissions or giving enough cash to help poorer ones green their economies and cope with climate change.