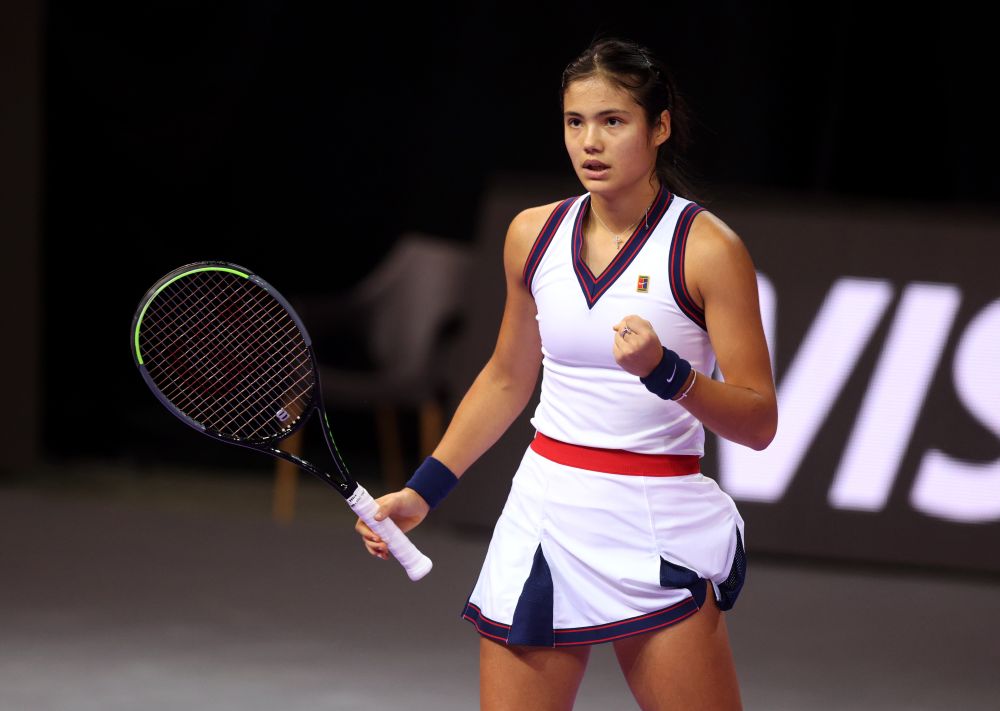 Britain’s Emma Raducanu reacts during her round of 32 match against Slovenia’s Polona Hercog at BTArena at Cluj-Napoca, Romania October 26, 2021. — Reuters pic

BUCHAREST, Oct 28 — US Open champion Emma Raducanu eased into the Transylvania Open quarter-finals with a controlled 6-3 6-4 win over home favourite Ana Bogdan in the second round today.

Raducanu followed up her maiden WTA Tour win over Polona Hercog — a battling three-set victory on Tuesday — with a much improved performance against Bogdan and looked steady on serve, winning 87.5 per cent of her first serve points.

“It was so good to play a Romanian here. All the volunteers who go into making this tournament possible, we really appreciate their support. Ana was a great opponent,” Raducanu said after the match.

“It’s definitely taking me some time to find my feet still. I’m taking some learnings from every match I play. I still don’t think I’m the finished product yet.”

Raducanu, who announced herself on the grandest stage when she claimed the Flushing Meadows title as a qualifier last month, added that she has gifted her US Open trophy to the Lawn Tennis Association (LTA).

“I just thought the LTA had done so much for me and I just wanted them to have it as a sign for everything they had done for me. It’s a little gift,” the British number one said.